“I do,” just in time: Newlywed grad students rush to return to Rice from India 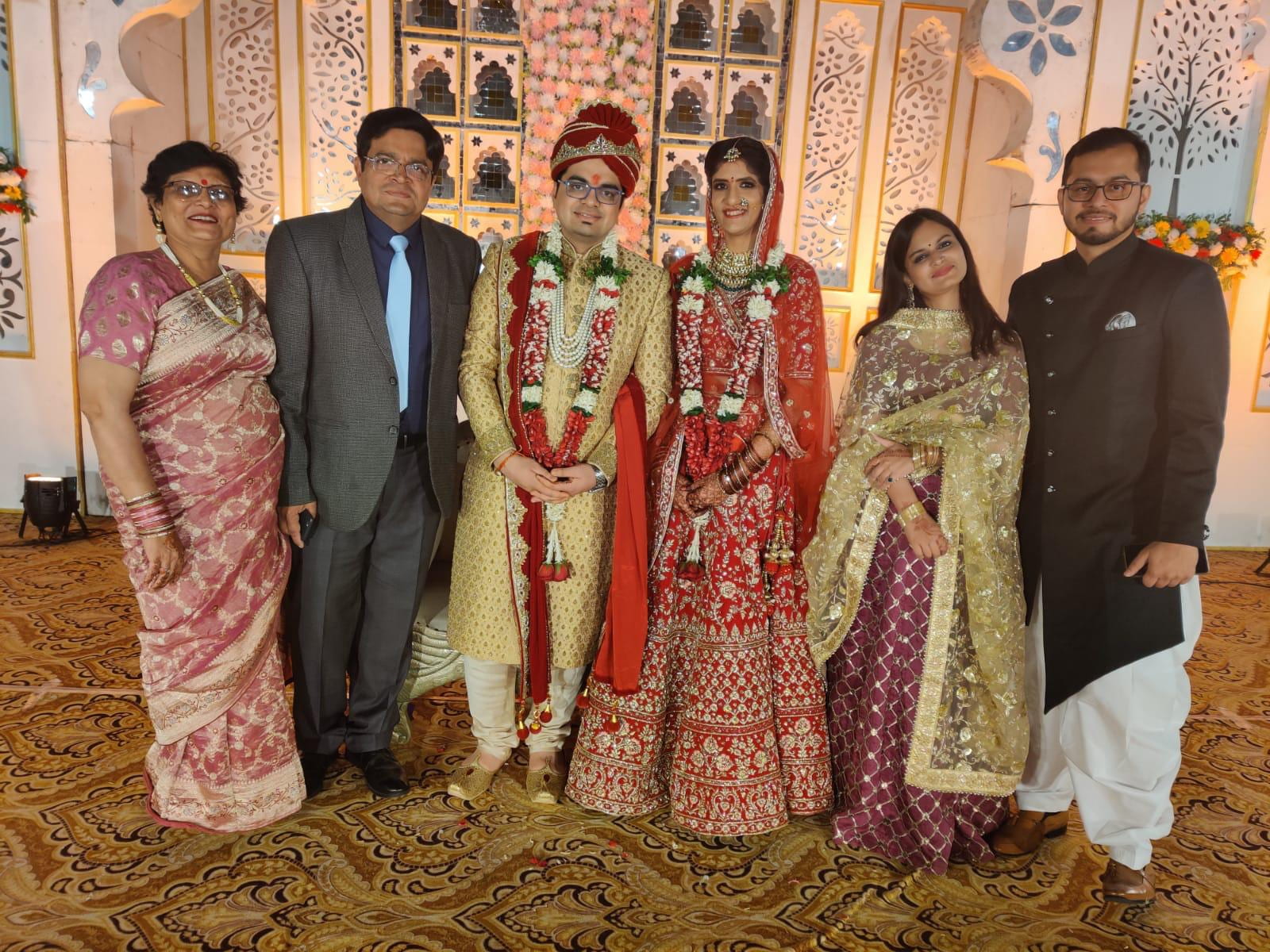 Their honeymoon was unique. Now, as the newlyweds adhere to social distancing guidelines put in place to combat the coronavirus pandemic, Nitant Gupta and Megha Sharma Gupta are spending plenty of quality time together at their new apartment in Houston.

“I am sure that Megha and I will cherish this for a long time,” Nitant said.

On March 11, the couple were married in Megha’s hometown of Udaipur, a joyous and well-attended occasion in one of India’s most beautiful cities. They were scheduled to return to the U.S. later in the month. But with coronavirus spreading across the globe, the two graduate students quickly realized if they didn’t leave soon they might not be able to get back to Rice, where Nitant is pursuing his Ph.D. in material science.

Their families were nervous about the couple returning to Houston since the U.S. then had more coronavirus cases than India, but they headed back while they still could. However, their connecting flight from Delhi would have taken them through Germany, and the U.S. had implemented a travel ban for all flights from European Union.

Only two days before India banned all international flights, the Guptas managed to find a direct flight to the U.S. It took 15 hours to reach San Francisco from Delhi, then another four hours to Texas, but by March 21, they were finally back in Houston. Megha, however, is a graduate student at Lehigh University in Bethlehem, Pennsylvania — 1,500 miles away. Like her husband, she works with nanomaterials, in Lehigh’s Snyder Lab. And before the pandemic, she was preparing to defend her Ph.D. in chemical engineering.

Luckily for the Guptas, they’re both able to do their work online from their new home. Megha will defend her dissertation in two weeks using Zoom.

“I’m nervous and excited,” she said.

And because most of Nitant’s research in Boris Yakobson’s lab is done using computers, he’s able to work from home efficiently. Still, he said, it was important to make it back to Houston, where he’s lived and worked for the past six years. The relationships he’s made locally are important to him, he said. Time zones and a quiet apartment matter, too.

“If I was in India, it may still be possible to do my work, but then there’s still a time difference,” Nitant said. And if they’d stayed in India, he and Megha would be staying in his parents’ home in Delhi — which is not conducive to studying, he said. “There are many distractions, so I’m not able to really work there,” Nitant said.

Even with a trip cut short, a rush back to the U.S. and the social distancing protocols that keep the Guptas inside studying, with occasional breaks each day to walk around the block, Nitant and Megha said they count themselves lucky.

“If it had been a week later, we couldn’t even probably have had the wedding,” Nitant said. On March 24, Prime Minister Narendra Modi announced that no one in India could leave home for 21 days. With only four hours’ notice, everything in the country was placed on pause — including, of course, weddings.

“It was perfect timing,” Megha said.

In fact, almost everything went perfectly for the Guptas — except for perhaps a minor detail.

“One fun piece of information is that we didn’t get a chance to get our marriage registered in India, because of the closure of government offices due to the coronavirus crisis,” Nitant said. “So officially, we may not be considered married yet.”

Another honeymoon may be in order.