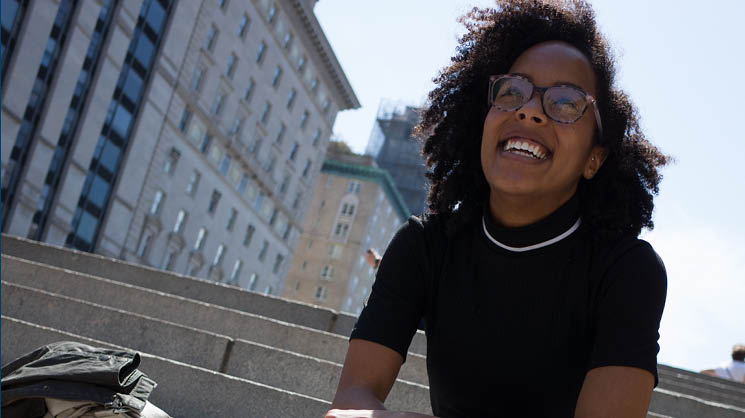 The Office of Graduate and Postdoctoral Studies has hired Symphonie Swift as Department Coordinator and Student Groups Specialist.

In her new role, Swift will work with graduate student groups to build community at Rice. She will also assist graduate students with thesis submission and candidacy, and will support students at the major milestones of their academic careers.

“I’m excited to work one-on-one with students to help them realize their vision for their organization,” she said. “I also encourage students who are thinking about forming a group, or who would like a group to connect with, to come and talk with me.”

Swift attended the University of Oklahoma (OU) and majored in international studies, anthropology and African studies. After graduation, she spent two years as a research fellow in the David L. Boren College of International Studies at OU, where she evaluated the efficacy of study abroad programs, taught classes, and coordinated production for World Views, a radio program broadcast by KGOU.

Because of this exposure to broadcast journalism and the intensive writing she did as a research fellow, she decided to attend NYU for graduate school.

“At NYU I did a joint master’s,” she said. “I became interested in journalism, and because of my love of social sciences, international travel and intercultural life, I also pursued a degree in Africana Studies.”

Swift, who lived in Houston during her time as a research fellow, said she is excited to be back.

“I think Houston has surpassed New York in a lot of ways,” she said. “It has a lot to offer in terms of diversity and emerging industries, and is a great place to do and create new things.”

She said she encourages students to explore the new things continually popping up around Houston.

“Stay off the beaten path,” she said, “and don’t just stick to well-known establishments. Be a part of it.”